I am an artist specializing in landscapes and architectural designs. Generally I use ink to draw, and I use various shading techniques, such as stippling and cross-hatching to add another dimension to my sketches. I have also begun using colored pencils and pastels to add more depth and vibrancy to my work recently. I usually start a drawing with a pencil sketch and follow that with an ink drawing, which I then color to complete it. I often save a copy of the ink drawing before I colour it, however, so that I will have both a color and a monochrome version of the same piece. I find I need to spend a certain amount of time each day producing art, as it is good for my health and well being.

Ruari MacLeod attended the University of Western Ontario, where he studied history and graduated with a Bachelor of Arts degree in 1996. After living in London, England for a few months, he moved to Tokyo, Japan, where he lived and worked until 2006. Living in Japan, he was influenced by the beautiful scenery in the countryside, and traditional works of art by painters such as Hiroshige and Hokusai. Between 2008 and 2019, he lived in the United Arab Emirates and Qatar, where he was also inspired by Islamic architecture and design. Over the years, Ruari has had a chance to travel around the world and has been influenced by the places he has visited and the things he has seen in those places. His portfolio is comprised of those things that have inspired him on his journey around the world and back. 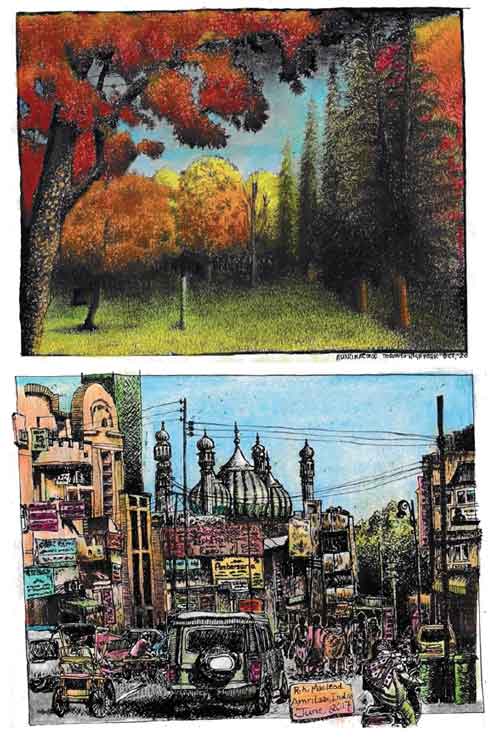 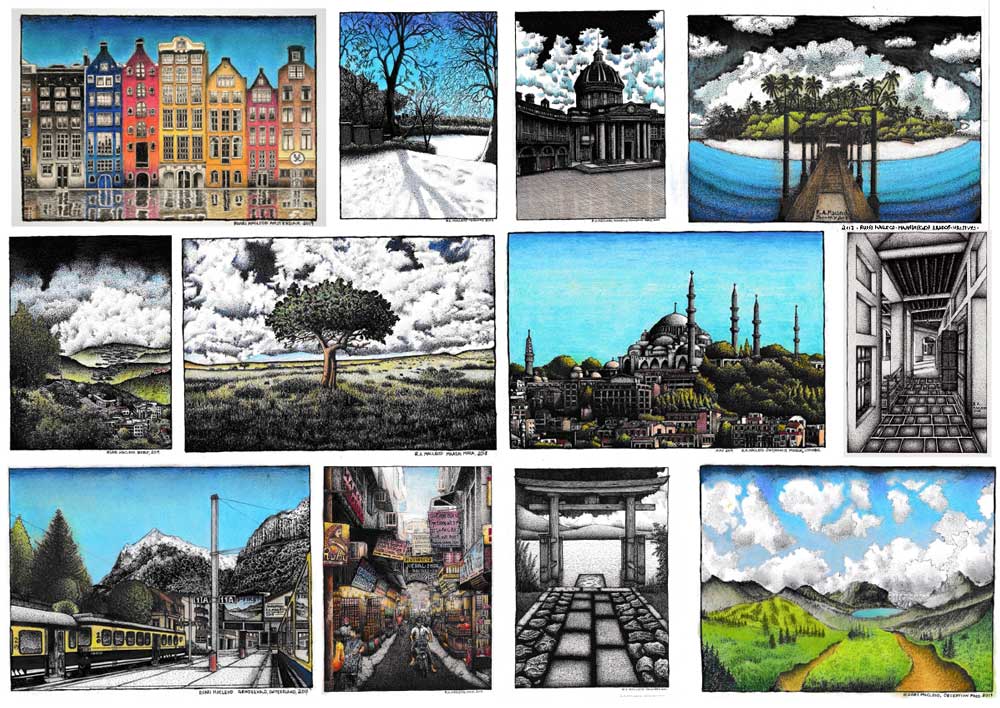