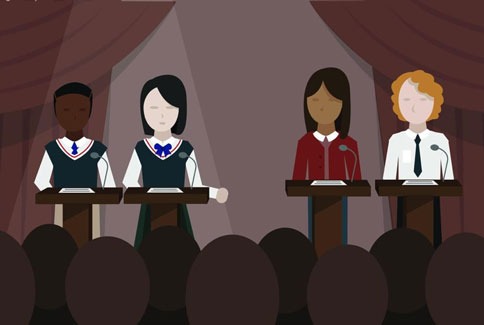 Laureate College’s first Student Assembly of the 2021-2022 school year was held last week. This year, we started the school year with a debate competition.

Students had a heated discussion on whether online games should be banned. Both parties had one week to prepare materials and collect evidence. Among them, the party that supports the prohibition of online gaming uses various scientific data to support their arguments. The opposition to the ban on video games impressed the judges with current news and true stories from life.

The final debate ended satisfactorily when the opposition to the video game accounted for the majority of the votes.

First Proposition Speaker: Video games do not necessarily lead to mental health problems. However, you can be at high risk for video game addiction if you already suffer from depression, anxiety, or other mental illness. This is due to the way video games affect your brain. 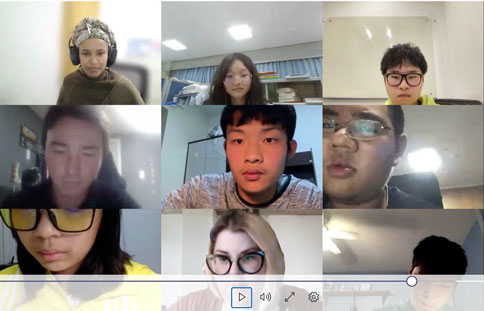 First Opposition Speaker: Studies found that if you play action games, you’re more likely to make faster and more accurate decisions over non-gamers, and even over players that play slow-paced games. When presented with a problem, action game players were up to 25 percent faster than players of slow-paced games, and their decisions were also more accurate. This skill can be valuable in areas of work where fast decision-making is crucial such as on the battlefield, or in a hospital, and gamers are primed to make these decisions faster and more accurately.

Second Proposition Speaker: Children have poor judgment, they cannot distinguish between the virtual world and the real world, if there is violence in the game, crime and other factors that are not conducive to the growth of children, and children are addicted to such games, are likely to imitate.

Second Opposition Speaker: This situation cannot be generalized, the ability of students is different from person to person, for some people, the game is not only a means of relaxation, but also can increase people’s intelligence and ability of teamwork.

Third Proposition Speaker: The game itself is not wrong, the wrong thing is improper guidance and management. We can compare the game to a kitchen knife. The kitchen knife itself is not bad. We can’t cut things without a knife. However, kitchen knives are used by bad guys to hurt others. In fact, players can find many alternative ways to bypass the game supervision system. For example, use parents’ mobile phones to play games, purchase adult accounts, or play stand-alone games, or short videos, etc. Therefore, it doesn’t work to rely on policies, and even those who like to play games can’t be restricted. In the final analysis, it’s parental education methods.

Third Opposition Speaker: E-sports players are an industry that needs young people, because reaction and speed are their most important talents. Restricting minors from playing games will be detrimental to the selection of e-sports players and may lead to the decline of the e-sports industry.